Grace Wales Bonner is the menswear designer who is cerebral yet playful; luxurious yet wearable; deeply desirable and very well cut. Her models are always black or of colour and as someone with a Jamaican father she thinks about the black experience in Britain and combines African and British influences. Previous collections have riffed off Blaxploitation films with 70s velveteen bomber jackets and oversized bakerboy hats. Another collection had its male models in buckled shoes and white stockings under skinny leather trousers. 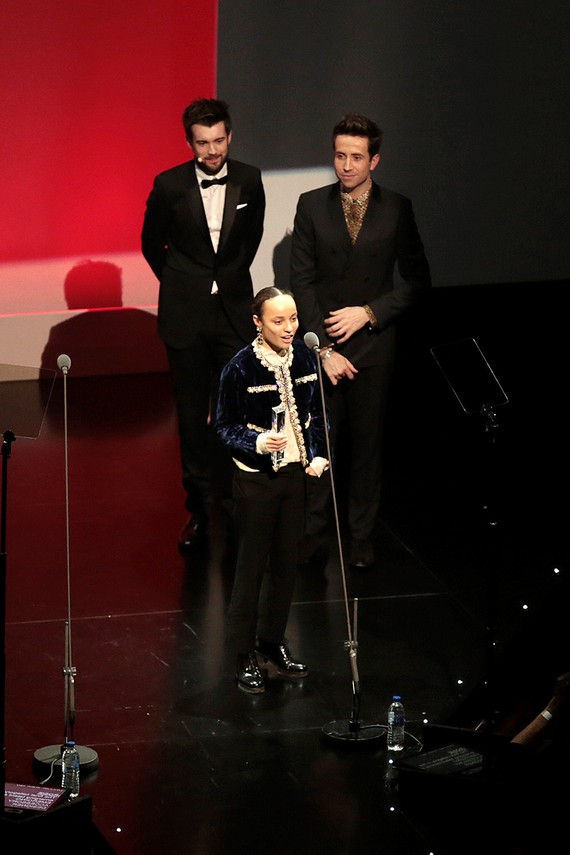 Awards and show at the Serpentine

So I was excited to hear that Grace Wales Bonner has a show at the Serpentine. She only graduated from Central Saint Martins in 2014 and is currently situated as halfway between an emerging menswear designer and an established one. Most designers wait decades for their celebratory exhibitions, and have a world wide reputation by the time it happens. The young designer won the Emerging Menswear Designer at the British Fashion Awards in 2015, and the LVMH Young Designer Prize in 2016, but she is not yet an Alexander McQueen or Azzadine Alaïa. Then again, the Serpentine Gallery is much smaller than the V&A or Design Museum. Small but very powerful.

I was expecting an exhibition of Grace Wales Bonner’s clothes but it isn’t that; it’s an art exhibition. I think that is fitting from a person who researches so much. Sometimes fashion design is a creative person’s only expression; sometimes they are equally talented painters, actors or writers. Grace Wales Bonner isn’t a painter though – she creates assemblages, and the show features her own work and that of others. So she is also a curator. Not that the show is devoid of her clothes – live performers are dressed in them and they are featured in the photographs on the walls too but inconspicuously, part of the whole experience. In the end, the exhibition with culminate in her AW 2019 collection and catwalk show.

As you enter the exhibition, a man dressed in a colourful kimono lies reading on a daybed. Round the corner are beautiful flower arrangements. Elsewhere, striking shrines occupy the space. These are both traditional looking and more eclectic. One shrine is entirely in shades of marigold orange. It is attended by a man dressed in the same shades. The flower garlands, brass objects and Indian deity in the background mark this as an Indian influenced shrine, but it is not as traditional as it looks: the man plays a sitar amplified electronically by a machine nesting in an untidy welter of black wires.

Other shrines in Grace Wales Bonner – A Time for New Dreams include an old wooden cabinet with a black and white TV playing, and a stretched patchwork of fabric hung in a corner. Photos spread on a blanket on a low platform on the floor show fragments of memories along with beans, sticks and stones. The effect is moving and intriguing. It is a recommended way to step into somebody else’s dreams for a moment.