Though this was a decade of the second world war and The Great Depression, it was, 1930s mens fashion wise, an era of great elegance and inventiveness.A beautiful silhouette for beach and casual wear was a vest and culottes – picture the fitted, sleeveless vest and voluminous, flowing culottes paired together, with a floppy sunhat to complete the picture. A very good look for summer, even now.

Peep toe sandals also made their way onto the dance floor from the beach, despite warnings about health and safety! 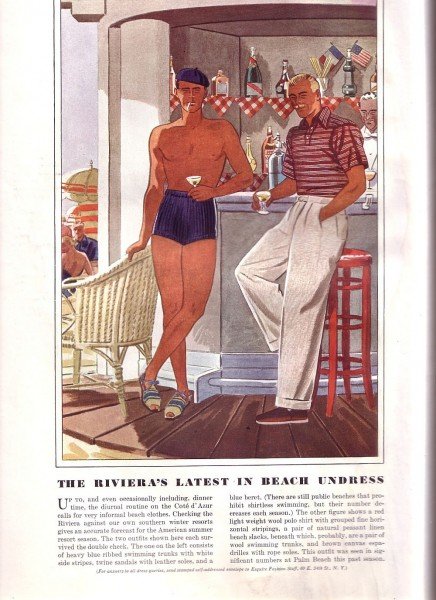 Having done away with restrictive corsets in the 20’s, women still looked for some form of support and manufacturers rushed to fill the gap with bras and panty girdles – made from man made elasticated fabrics. They were lighter than a corset, but still gave a slender shape.

Rayon and other man made fibres were developed for dresses, too, and manufacturers tried hard to popularize them as an alternative to silk, but although you’ll still find many pretty pastel slips, camisoles and French knickers made from polyester satin, it didn’t really catch on as the chic fabric the advertisers were hoping for. 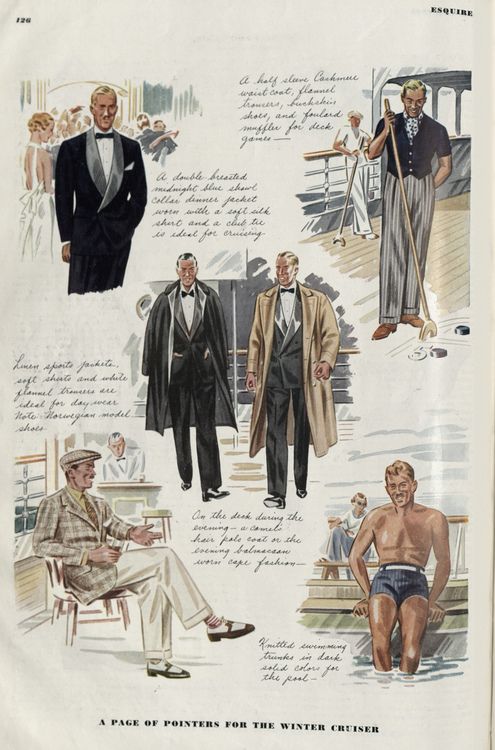 Zips were another innovation that was half admired, half frowned upon – traditionalists griped that they spoiled the fall of clothes but they were certainly more convenient than rows of buttons. The Prince of Wales was a fan and had trousers made with a zip fly, as well as a belt instead of braces. He and his paramour, Wallis Simpson, were real style leaders and zips soon came to be accepted in every day clothing. 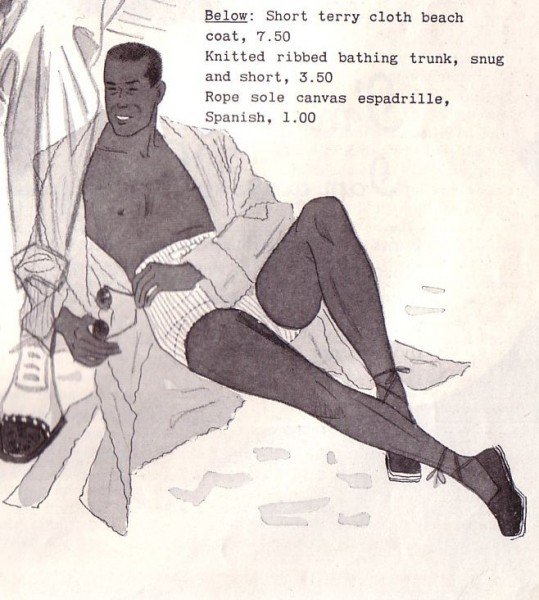 Film star such as Joan Crawford and Greta Garbo’s outfits were often copied too. Carmen Miranda did much to popularize platform shoes.

There was a real vogue for sportswear and more comfortable clothes – the ideal of beauty was beginning to be tied up in an idea of health too, so women wore shorts for the first time, sometimes with ankle socks, and not just when they were exercising. Chanel’s jersey separates were even more popular, their casual and sporty look being ideal for the mood. Claire McCardell in the USA was famous for her relaxed, “modern” designs – complicated Parisian designs having fallen out of favour for that market, which was in recession, because of the expense. 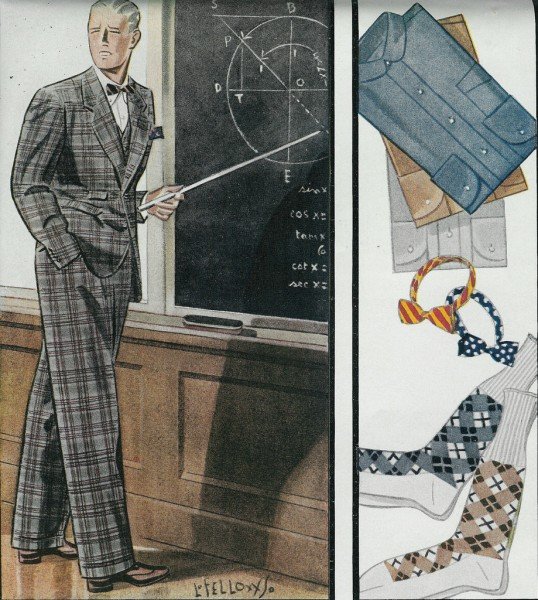 On the wildly inventive side of things came Elsa Schiaparelli with her Surrealist designs. A great friend of the artist Dali and the Surrealist circle, her garments included a suit of clothes with pockets that made the ensemble look like a chest of drawers, and a hat that looked like a shoe perched on the head.

For the Vintage lover looking for a 30’s look, the most classic could be the beachwear mentioned above. Flowing, long trousers, an elegant strappy sandal, fitted jersey vest and elegant close waved hair in stunning peroxide blonde would transform you into a languid, louche, 30’s star. 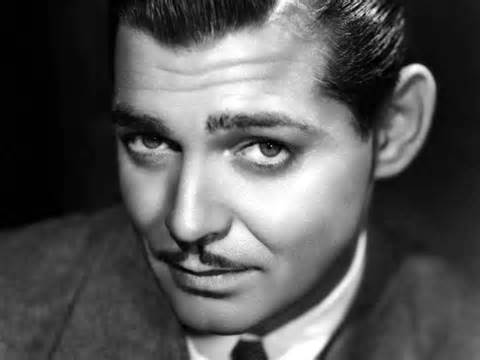