The Night Brother is Rosie Garland’s third book after The Palace of Curiosities and Vixen. Set in Victorian Manchester it features a working class brother and sister, and though it has a magical realist twist, it the “Realist” part is sparklingly evoked. I have been dying to read it since it was announced and was very happy to get the chance to chat to Rosie about the details of her wonderful novel. 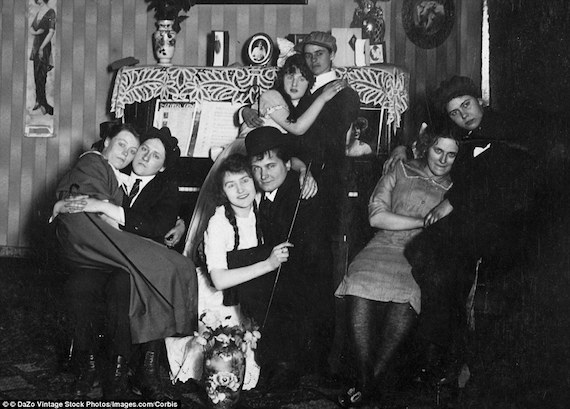 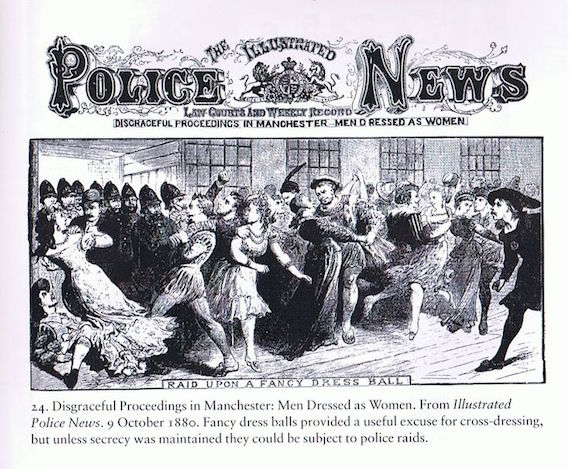 Genevieve Jones: I really loved the section of The Night Brother set in a gay club. In one passage, you offer a description of a queer character who has “a skirt split by a deep pleat down the centre which gives it the appearance of broad-legged pantaloons; an unintended comic effect, or so I surmise”. It tickled me. Was this outfit based on a contemporary photograph or description you came across?

Needless to say, writing any novel (especially one set around 1900, like ‘ The Night Brother ’) involves a lot of research. I’m fascinated by the little details that colour people’s lives. Not to show off how much I know, or to bore the reader to tears with long winded diversions about the history of English licensing laws. I prefer to place light touches here and there to indicate how a particular person ticks… especially things they wish to conceal.

As you can guess from the above, I’m fascinated by the hidden – physical as well as emotional. Some of the most enjoyable research for ‘ The Night Brother ’ involved uncovering what lies beneath Manchester. I went on a grubby but unforgettable tour of the city’s underground canals and tunnels, and recommend Keith Warrender’s great ‘Underground Manchester’ if you want to find out more.

It sparked the idea for a secret meeting place. You mentioned the 1930s Caravan Club on Shaftesbury Avenue [the Caravan Club was a secret gay club in London, recently resurrected for one week by the National Trust] and it’s a reminder of the long LGBT+ history of rendezvous away from public view. Oh, and the equally long history of clubs getting raided by the police. One infamous raid took place in Hulme, Manchester in 1880 and was salaciously reported in the Illustrated Police News (see image). 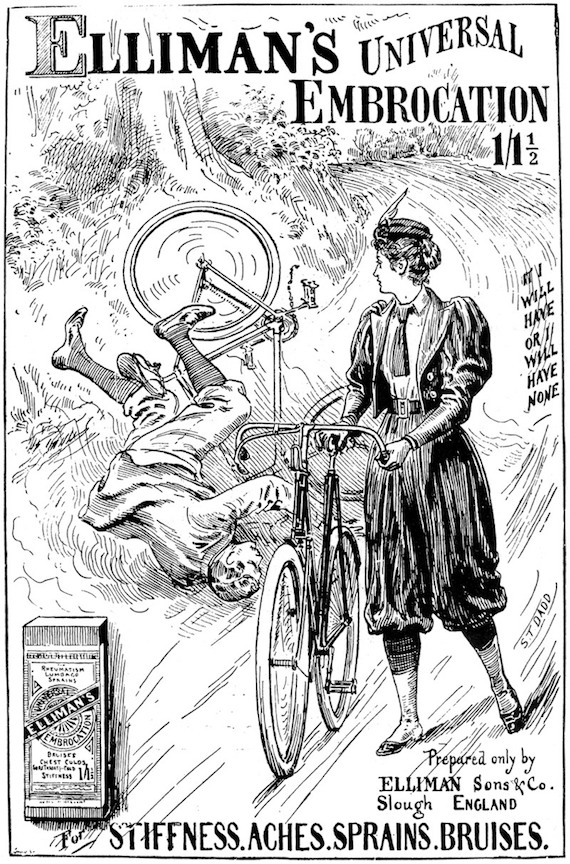 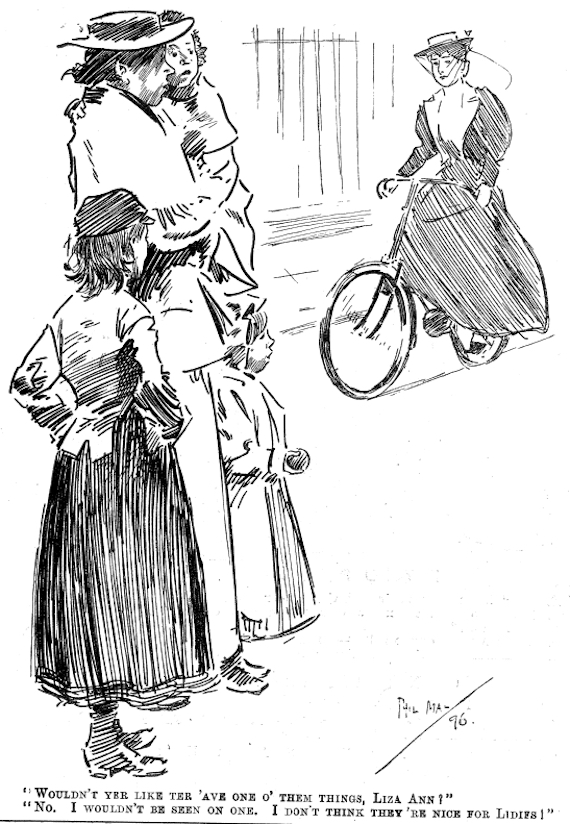 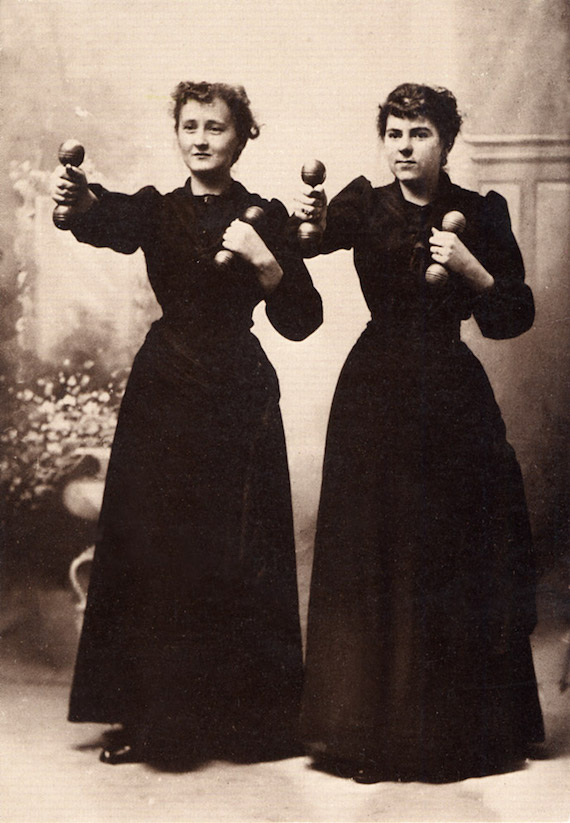 As for clothing – sure, any decent historical novelist has to get the details right. But as I said in a previous interview with you, “What intrigues me about costume is what people choose to wear and why.” On to Mabel and her divided skirt.

She may be a minor character, but I thought long and hard about what this independently-minded woman might wear; clothes that would subtly reflect her character. I researched the Dress Reform Movement of the nineteenth century, which protested against restrictive women’s fashions and suggested lightweight, ‘divided’ skirts. These enabled women to take up bicycling, a hugely popular sport. Perfect for Mabel, a woman unrestricted in body and mind. By pairing her with an ultra-femme girlfriend, I’m also making a gentle nod to that most persistent of desires, butch and femme (Joan Nestle: The Persistent Desire, 1992 )

Needless to say, the practical clothes and the craze for bicycling were denounced as “indelicate and unwomanly”. No change there… 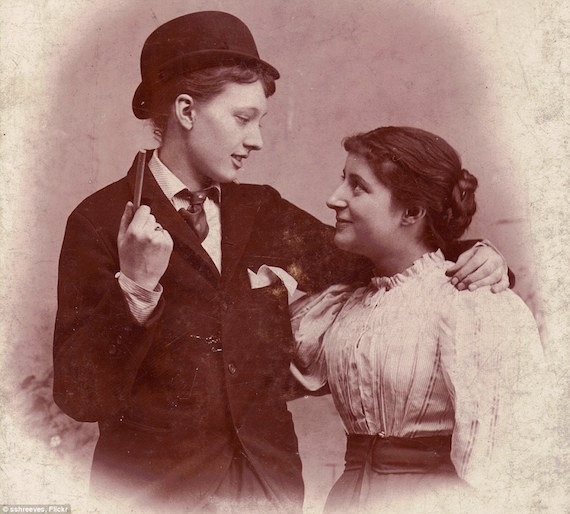 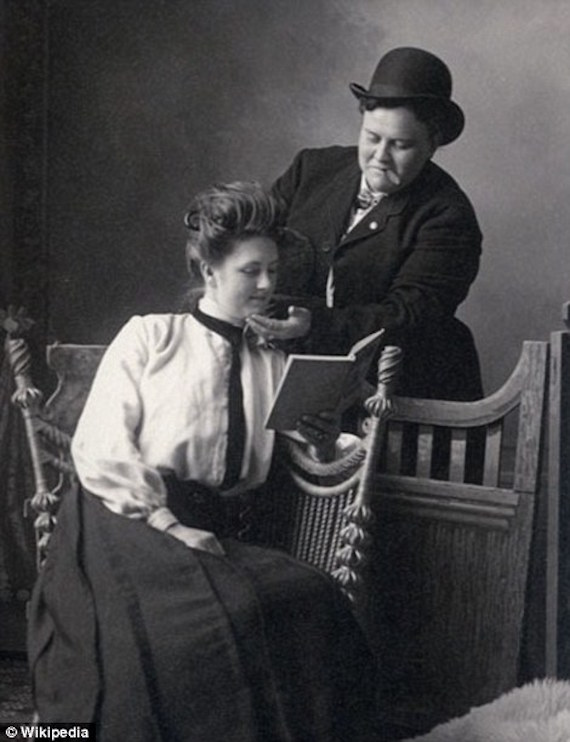 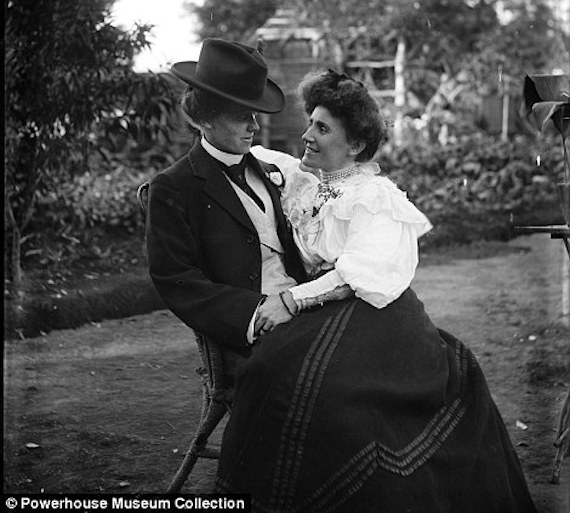 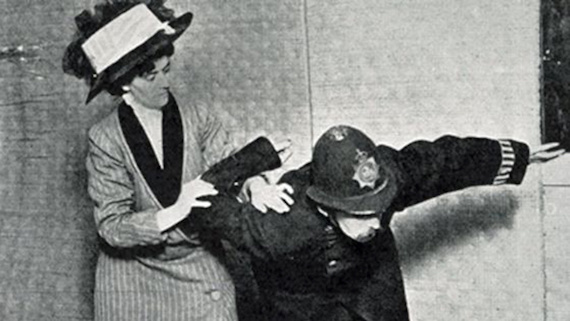 GJ: Without wanting to give too much away, the book explores the notion that a person may have more than one gender. Some readers have taken this literally, as a kind of curse or spell placed on the family and wondered what happened and how.

I read it more as the idea that many people do have this duality within themselves, a “masculine” and “feminine” side that they may wish to allow to come to the fore or enact at different times, or indeed, suppress as Edie tried to do. Others have suggested that the book is about transgender or intersex issues.

Could you tell me what inspired you over the central concept?

Rosie Garland: When folk tell me they’ve made alternate readings of my novels I am thrilled. How wonderful that the characters I create spark people’s imaginations! The way I see it is that there’s a kind of collaboration going on between writer and reader. Each reader brings their own internal world to the book and naturally, takes away different ideas. I can’t stop people ‘spotting’ meanings – even if I didn’t intend it.

My novels spring from questions I’ve asked all my life and ‘ The Night Brother ’ is no different. To quote the inspirational Angela Carter, “I write to ask questions, to argue with myself, not to provide answers” (‘Angela Carter and Western Philosophy’, Heidi Yeandle 2016). I’ve never been much good at fitting in. Bits of me have always stuck out at the wrong angles. As a small girl I asked questions about the gender expectations placed upon me; what it meant to feel at odds with ‘normal’ – questions asked by pretty much everyone I’ve met.

A central idea of ‘ The Night Brother ’ is how people aren’t always what they appear to be. This isn’t restricted to Edie and Gnome’s strange relationship. We all have aspects of ourselves we choose to reveal or conceal, and plenty of the characters in ‘ The Night Brother ’ keep their lives under wraps. Edie’s close friend Guy Heywood covers up his sexuality out of necessity, and first impressions of suffragette Abigail Hargreaves is that butter wouldn’t melt in her mouth. Yet her conventional prettiness veils an unconventional mind, not to mention martial arts skills. This was inspired by learning about Edith Garrud (1872–1971), a diminutive and feisty woman who trained a group of suffragettes in jiu jitsu to defend themselves when attacked at rallies.

Needless to say, I don’t waffle on about this in the novel. If research is an iceberg, the story of Ms Garrud is the 90% under the surface. On show is the 10% essential to the narrative, namely when Abigail rescues Edie by kicking a policeman to the ground.

Another source of delight was delving into hidden histories. Current western culture is remarkably hysterical about the strict enforcement of limited gender roles, using every excuse from religion to bogus science and beyond to denounce anyone who veers even slightly off-kilter. Blue for boys and pink for girls is the least of our problems…

It’s worth remembering that other cultures can, and have, offered greater flexibility. To give just one example, before European Christians forced gender roles upon native folks, Native Americans acknowledged five genders

Plus, there are some marvellous photographic archives out there. They indicate how much of a disservice we do to folk of the past when we dismiss them as buttoned-up in terms of gender expression.

As Edie’s grandmother says, “Nature is far more adventurous than we give it credit.” 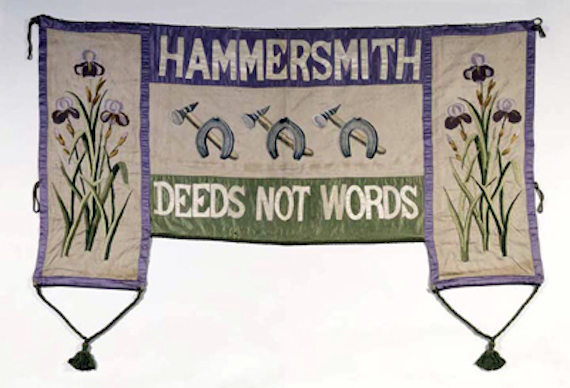 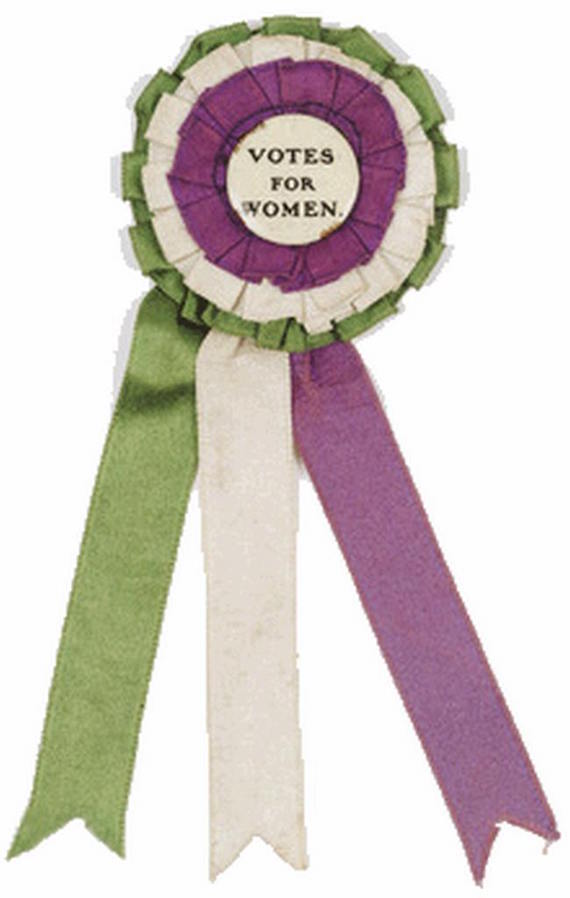 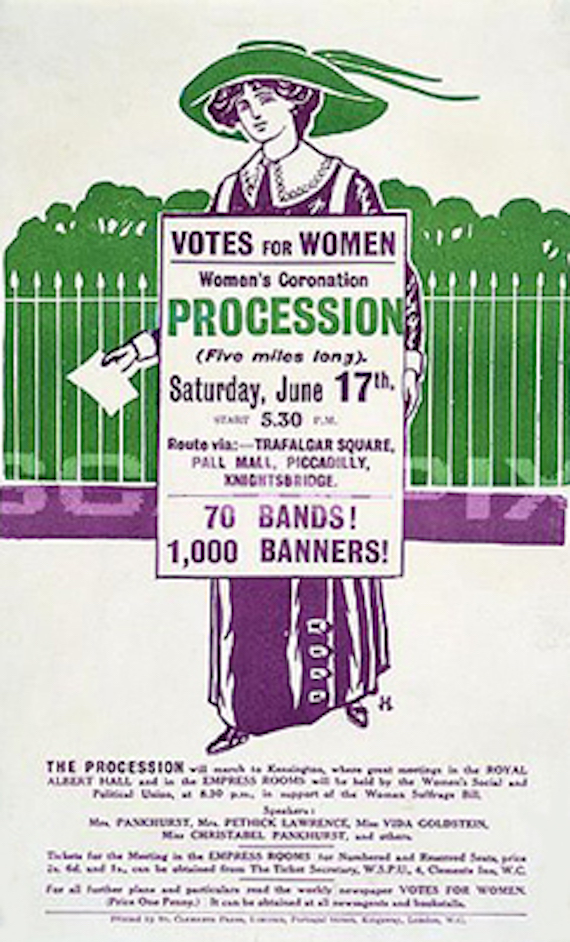 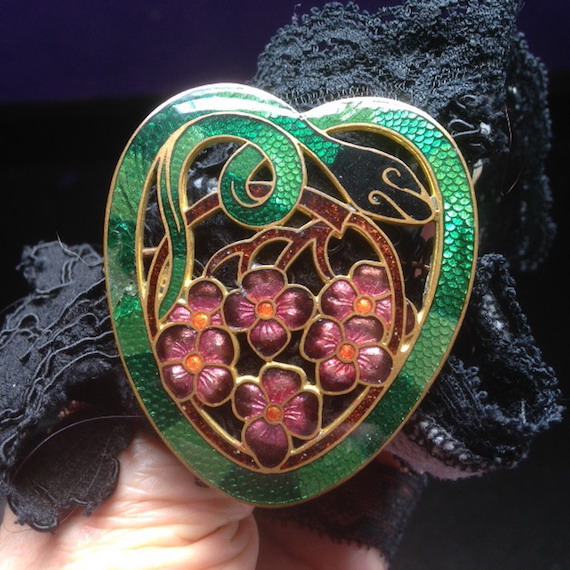 GJ: I also like how Abigail is such a fierce suffragette that her room is entirely decorated in purple, white and green. It’s a bit like someone decorating their room in the colours of their favourite football team! It comes of a bit a surprise that manufacturers leapt on the movement as a marketing opportunity and produced so many “Suffragette” items, but they did and it goes to show how large and influential the movement became. Do you, personally, have any suffragette mementoes? Can you tell me any other surprising facts that your research on the subject unearthed?

In 1908, the ‘team’ colours of the WSPU (The Women’s Social and Political Union) were chosen. They were purple (indicating dignity), white (purity) and green (hope). This tricolour seized the imagination and adorned posters, banners, rosettes, and even crockery. It occurred to me that a woman of Abigail’s class was able to choose the colour of her curtains. Why not purple, white and green? There’s the added twist of hiding in plain sight. When Gnome manages to sneak into Abigail’s bedroom, all he sees are the colours without twigging their political significance.

There’s a wealth of nineteenth-century jewellery featuring purple, white and green stones, and that’s where things get a little more confusing. Plenty of research has been done into the language of Victorian jewellery, and how particular gems were chosen to pass coded messages from giver to receiver. For example, (A)methyst, (D)iamond, (O)pal, (R)uby, and (E)merald on a brooch spelled out – yes, you guessed it, ADORE.

However, it’s far more difficult to prove that a specific brooch or ring is ‘suffragette’. I have a beautiful enamelled belt buckle that belonged to my great aunt: a green snake looped around purple flowers. I would love to say that it is a piece of suffragette memorabilia – but of course, I can’t. It’s a romantic idea, but the dates are all wrong; plus the buckle is more of a 1930s design. It’s still gorgeous, though!

At heart, it’s a reminder that I’m writing fiction. Yes, it has to have its feet firmly planted in historically accurate detail. But the tension of history (truth) and fiction (lies) keeps things lively for me as a writer. Fingers crossed, it continues to do so for readers.

The Night Brother is a great read, as you can probably tell from this interview. If you fancy delving yourself, here’s a link to the UK Waterstones site. and Amazon, too.