It wasn’t just in the West that female emancipation was being fought through clothing. At the turn of the 19th Century and beginning of the 20th, female Japanese scholars, a very few of whom were allowed into universities for the first time, adopted a uniform which was a combination of traditional Japanese women’s clothes and traditional men’s, with some Western accessories added into the mix. 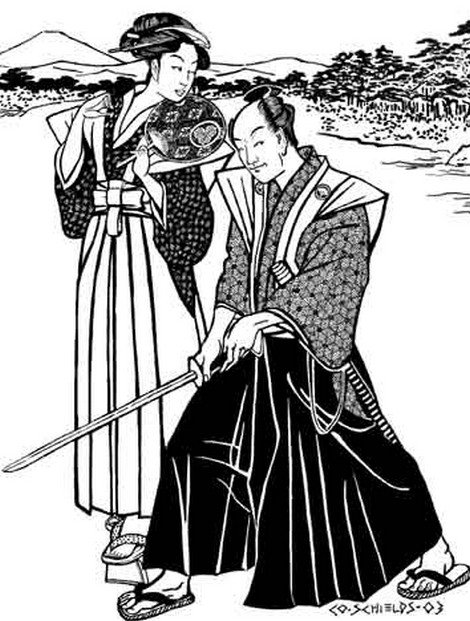 Women and men, both wearing hakama

Western clothing and ideas were seen as very exciting, exotic, and progressive to many Japanese at that time, and were adopted with gusto.There is a wonderful series of woodblocks by Shodo Yukawa showing “100 beauties depicting modern and ancient manners and customs” which very neatly demonstrates “Modern beauties” with books and new, Western instruments, such as violins. They are wearing hakama, a kind of wide trouser that previously was worn only by men. 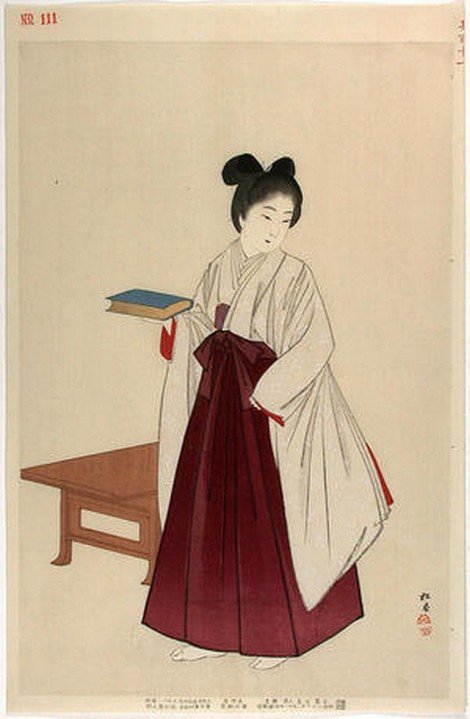 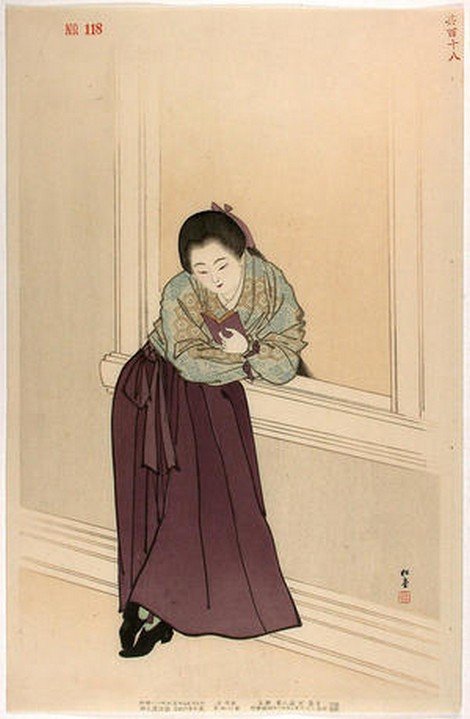 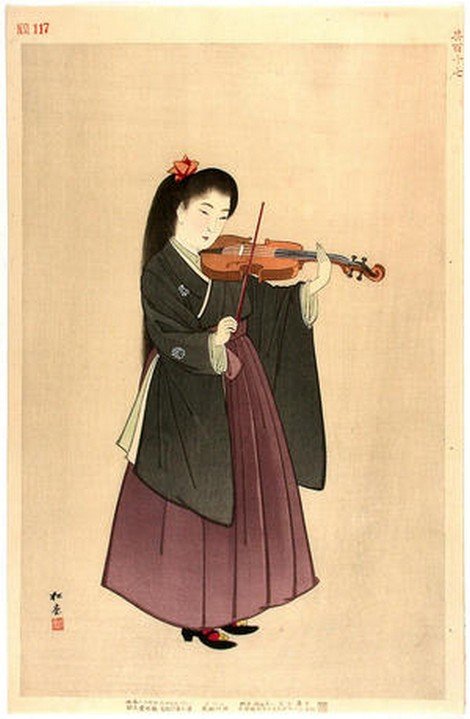 Even the Imperial Princess Masako Takeda got in on the act. 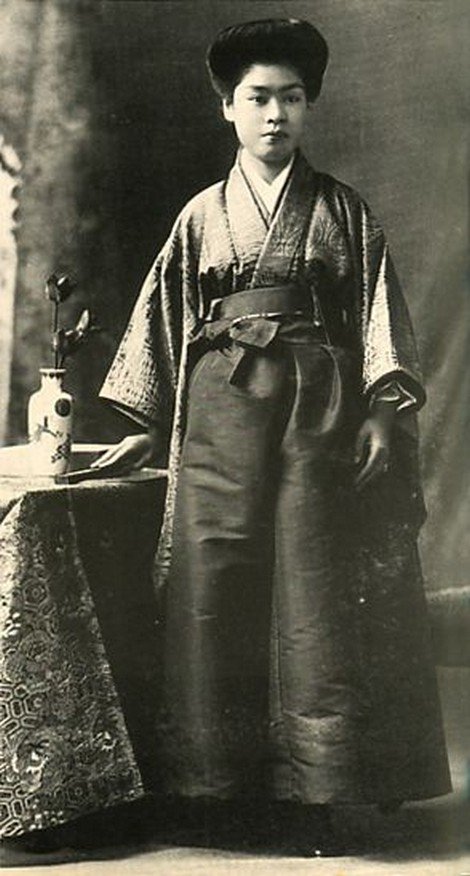 In comparison, here is what a less radical middle class woman would have worn at the time. 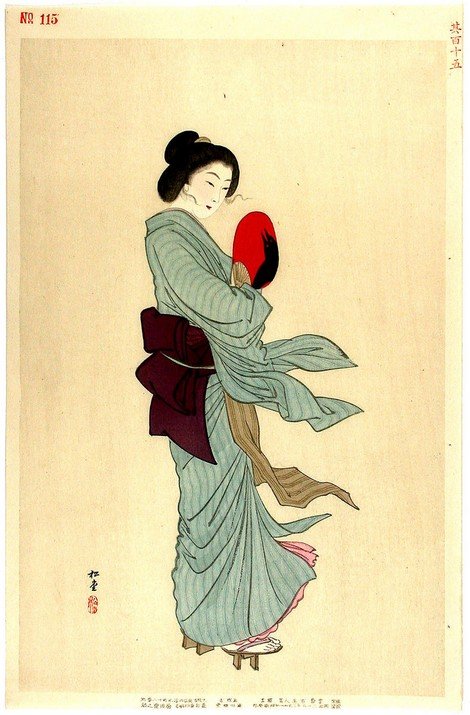 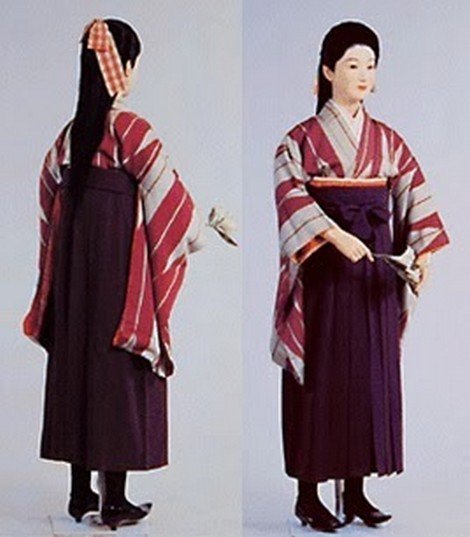 You can see on the pictures that many of them also wear Western shoes, which demonstrates just how modern they are, making daring breaks with tradition in their modes of dress. To complete the costume, they keep their feminine kimono, tucked in, and often have either equally feminine but Western ponytails or buns. The hakama and tucked in kimono has the added effect of imitating the silhouette of Western women’s clothing at the time, a very Edwardian blouse and long skirt. 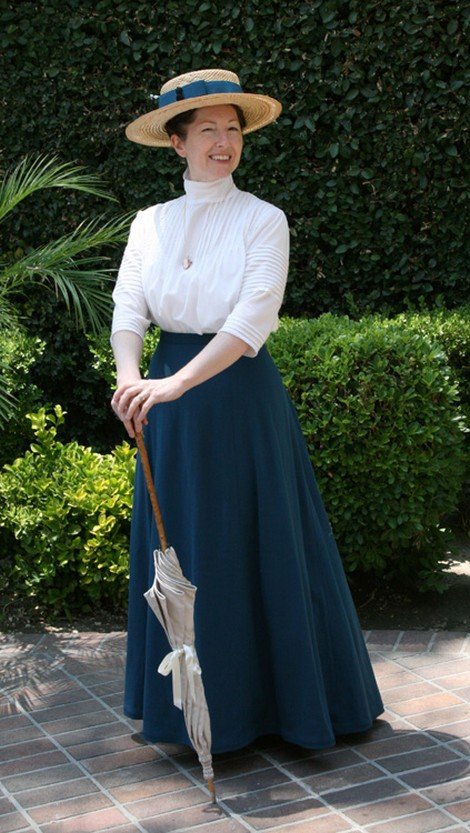 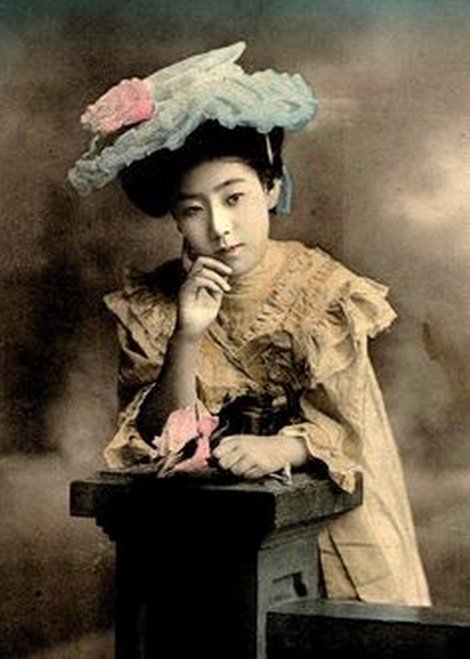 The students costume seems the prefect depiction of an exciting time for women in Japan, where everything was changing.