The Military Jacket/Military Coat was originally worn in the armed forced. We know that much. What’s curious however, is how we got to the stage where they were worn by civilians at all.What we do know is that they were appreciated not only for their symbolic and functional qualities, but also for their aesthetics. Soldiers looked good in uniform, that was obvious, and those that didn’t go to war, or simply didn’t want to join up, wanted some of the prestige of wearing a military style uniform without having to become a soldier.

Imagery of soldiers in the past came in paintings and portraits, and then in photos, and conveyed a certain authority and masculinity. It was a look that gave the impression of someone who demanded respect, and no small wonder that civilians wished to emulate it.Of course military jackets and coats were made for soldiers to withstand all kinds of situations as well as combat, and the utilitarian aspect of the military coat was reason alone to covet one, they were practical as well as visually striking. 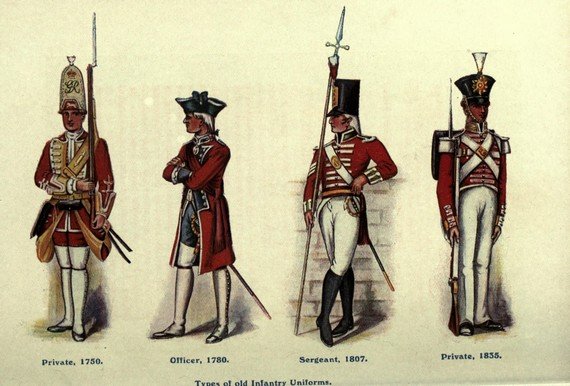 The practical advantages of a vintage military coat

They’re very warm and many are water-repellent, so as well as cutting a dashing figure, you’re wearing something that’s practical,keeping you dry in a shower. The button down look certainly created a stir and was a particular favourite of the rebellious youth and worn as part of punk dress.The punk era openly mocked any form of authority during the seventies and early eighties, and wearing a military coat or jacket was another finger up at the establishment.Military jackets and coats were customised and hair was often cut in a military style. 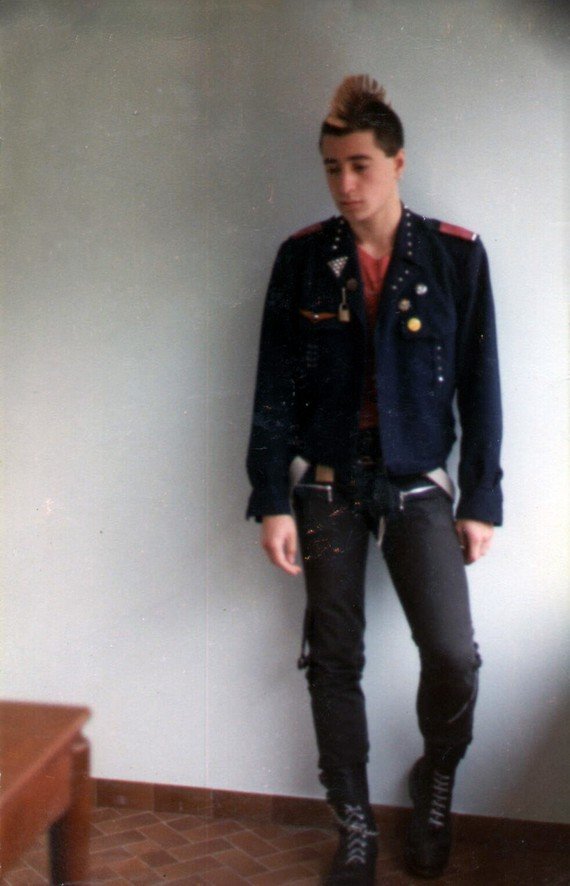 The official uniform was split into two distinct categories,that of dress wear and fatigues. The dress style was a uniform for special occasions only and was often decorated with any medals or awards bestowed upon the officer. Fatigues were worn on a daily basis for different duties. Vintage jackets today come from both categories, although the khaki military coat is still the most well-known. 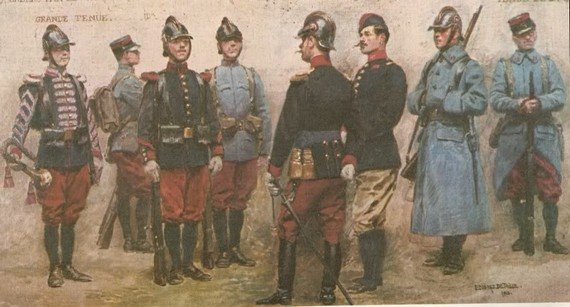 Although the white of the navy uniform isn’t particularly popular as vintage dress, the pea coat was and still is. An outer coat in navy wool, it’s normally double breasted and reaches below the waist. The style has evolved and many come with hoods, buttons were usually, metal, wood or plastic, with broad lapels and a v neckline.It’s a popular choice in military vintage wear and looks good as part of normal day wear. 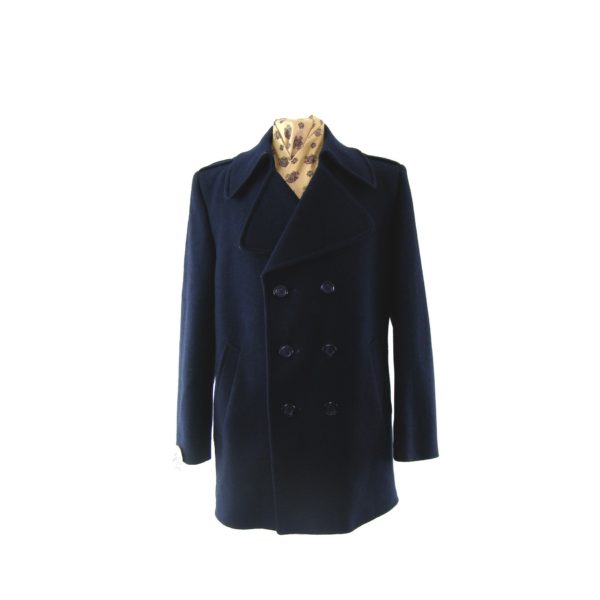 At the beginning of the 20th century, khaki was a popular choice for the soldier enabling him to be less easily seen. The khaki military coat or jacket is still one of the most popular style of vintage military wear today and one of the most easily spotted on the high street. 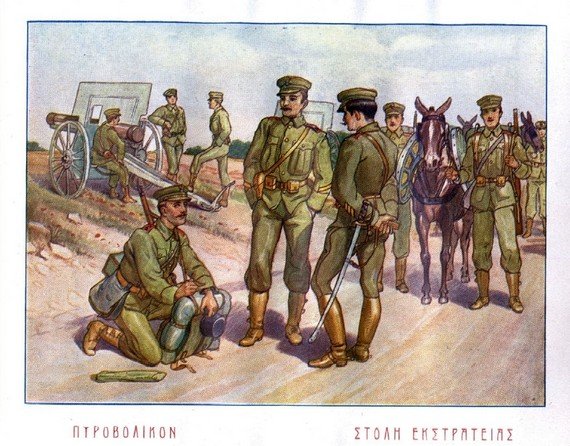 The khaki trench coat was the officer’s coat and it’s difficult to judge exactly when or how it originated. Aquascutum and Burberry claim to have invented it and they both certainly created some of the first ones in the late 1800s and early 1900s, with both making the trench coat for soldiers during the First World War. 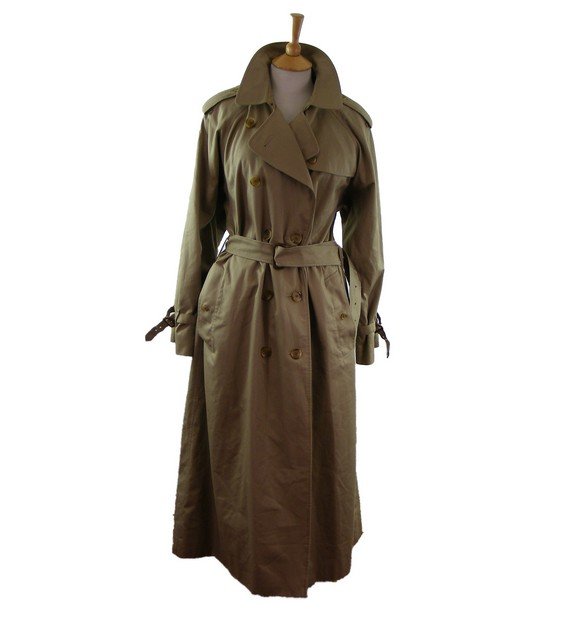 So when did we start wearing military wear as civilian wear then?

Although the military uniform has its origins in the army, navy and RAF, it filtered down into civilian wear, but it’s not entirely clear when this transformation occurred. What we do know is that the military uniform was an outfit of authority and respect and a coveted style of dress by those who didn’t serve in the armed forces. During the punk era, punks wore the military coat as form of rebellion against the kind of the authority the uniform had represented for hundreds of years. 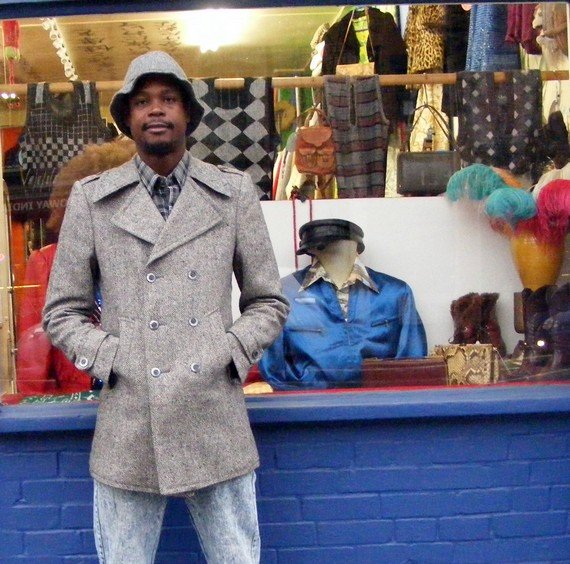 Today, military coats and jackets are seen as a fashionable form of dress and valued for its practicality. A military vintage coat is a particular find, as the older they are, the better the quality. Look carefully, and take your time if you’re looking for a really good vintage find, don’t’ rush it and make an informed decision, and choose one that will last and offer many different ways of wearing it.