Initially companies like Adidas, Reebok and Rockport began by making sports shoes and expanded into clothing later on. Adidas in particular became famous by making football boots with removable screw on studs, which could be changed according to the needs of the wearer and of the pitch which they would be playing football on.

Adidas was started by a Bavarian, Adi Dassler, in 1924 in his mother’s kitchen. He registered the name “Gebrüder Dassler Schuhfabrik” for his new company, translating as the “Dassler Brother’s Shoe Factory” – although they were far from having an actual factory at that point. In 1928, the German runner Lina Radke won a gold medal at the Olympics while wearing Adidas shoes and in 1936, American track athlete Jesse Owens also wore them to take gold. Ari Dassler conferred with athletes, listening carefully to the requirements of their sport to create the perfect foot wear for them.

As a result the shoes that Adi had invented were much lighter than the usual heavy leather shoes, with a cut away ankle for greater mobility and lacing almost to the toe, which meant that they fitted snugly, almost like a second skin. They had studs where studs were needed, such as the toe but not the heel, and were immensely comfortable.

Adi Dassler trademarked ” the “Adidas name and started a real factory with 47 employees in 1949, and also registered a shoe bearing his now iconic three stripe symbol at the same time. In 1954 the German national football team won the World Cup against the unbeatable Hungarians – the entire team were wearing Adidas shoes, and Adidas finally became a household name.

It was in 1967 that the company expanded into clothes, creating a tracksuit in technical fabric to wear on the track and mens vintage athletic tops were finally born. This tracksuit featured the three stripe motif. And in 1972 Adidas added the Trefoil logo. By 1978 Adidas had started creating clothing not just for football and track, but for gymnastics, tennis, and even mountain climbing. It was around this time that it started to be cool to wear vintage athletic tops even if you weren’t an athlete. 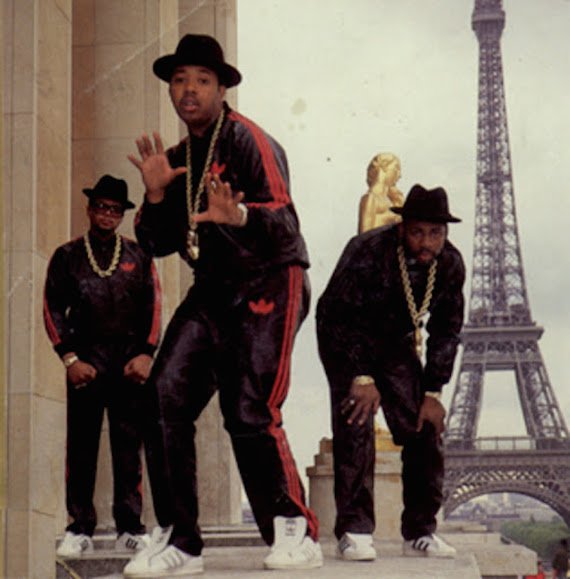 This trend was accelerated immensely in 1986 when rappers Run DMC released their hit ‘My Adidas”, which was about the joy of wearing sports clothes. Run DMC quickly found themselves sponsored by the company, and soon it seemed that everyone was wearing the coveted vintage athletic tops.

Sadly Adi Dassler wasn’t around to see this triumph, as he died in 1978. The company was taken over by his wife Kathe and son Horst, who continued their innovations. The company remained family run until 1987.

Today, vintage athletic tops are more sought after than ever, particularly ones that come from the 70s or 80s.