The Beauty of Traditional Ukrainian Clothing

We stand with Ukraine. We want Ukrainians to know that we support them.

This post is dedicated to their culture, and particularly to their traditional clothing. Although it may seem that there are more pressing matters, culture is important and shouldn’t be lost. In hard times like these it is good to see beauty and skill, and to celebrate that. Here are some wonderful examples of traditional Ukrainian clothing. 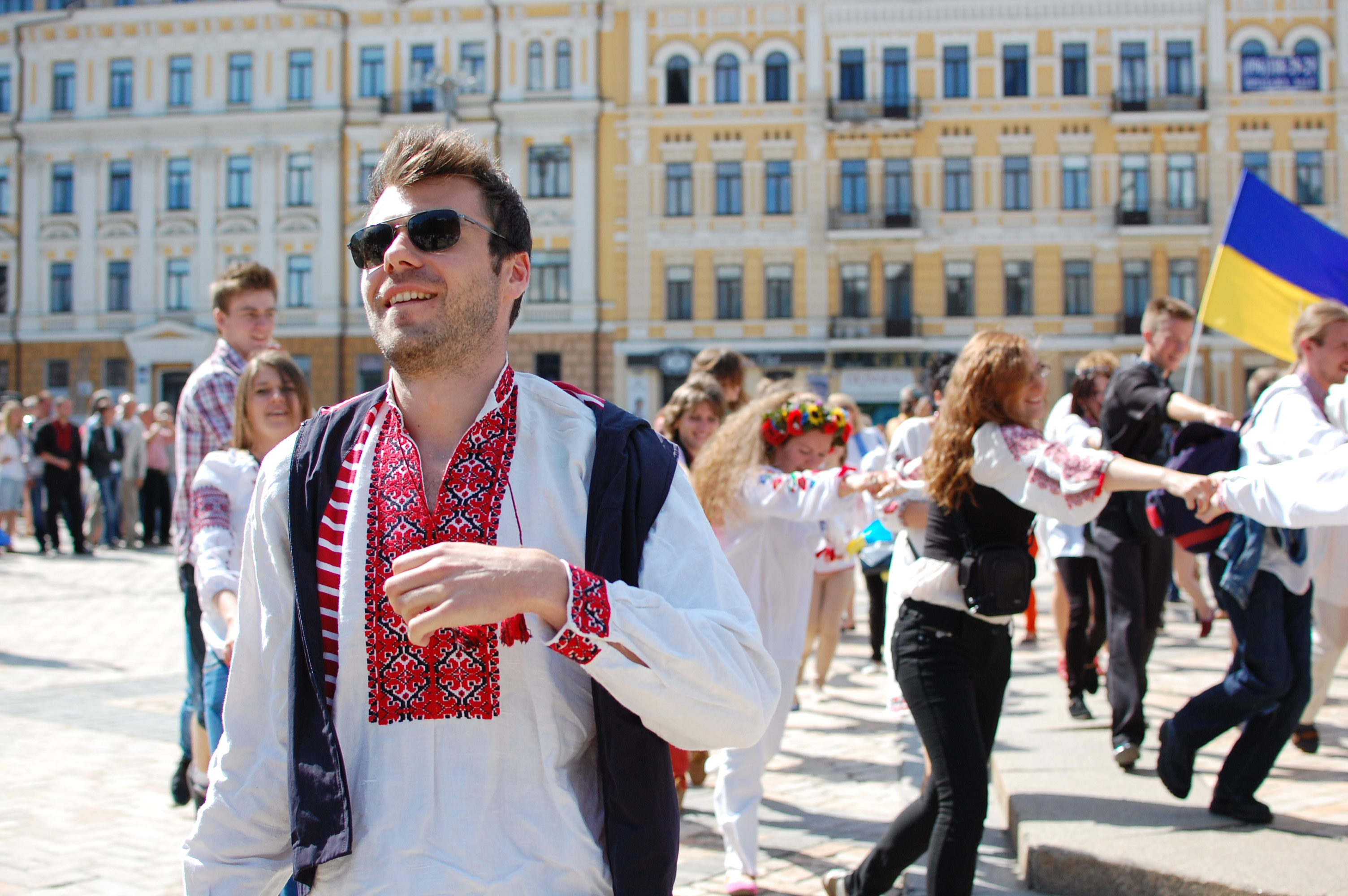 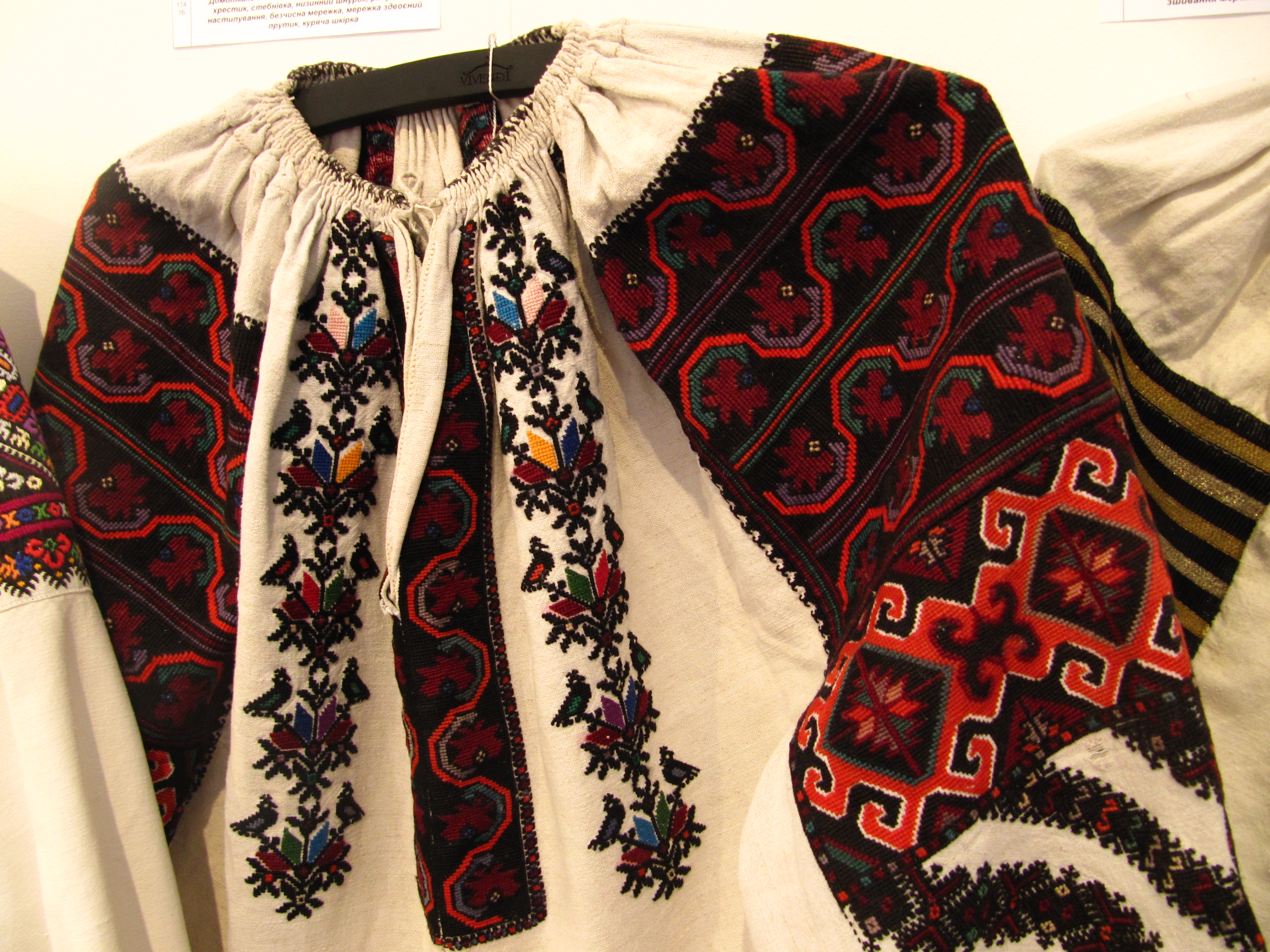 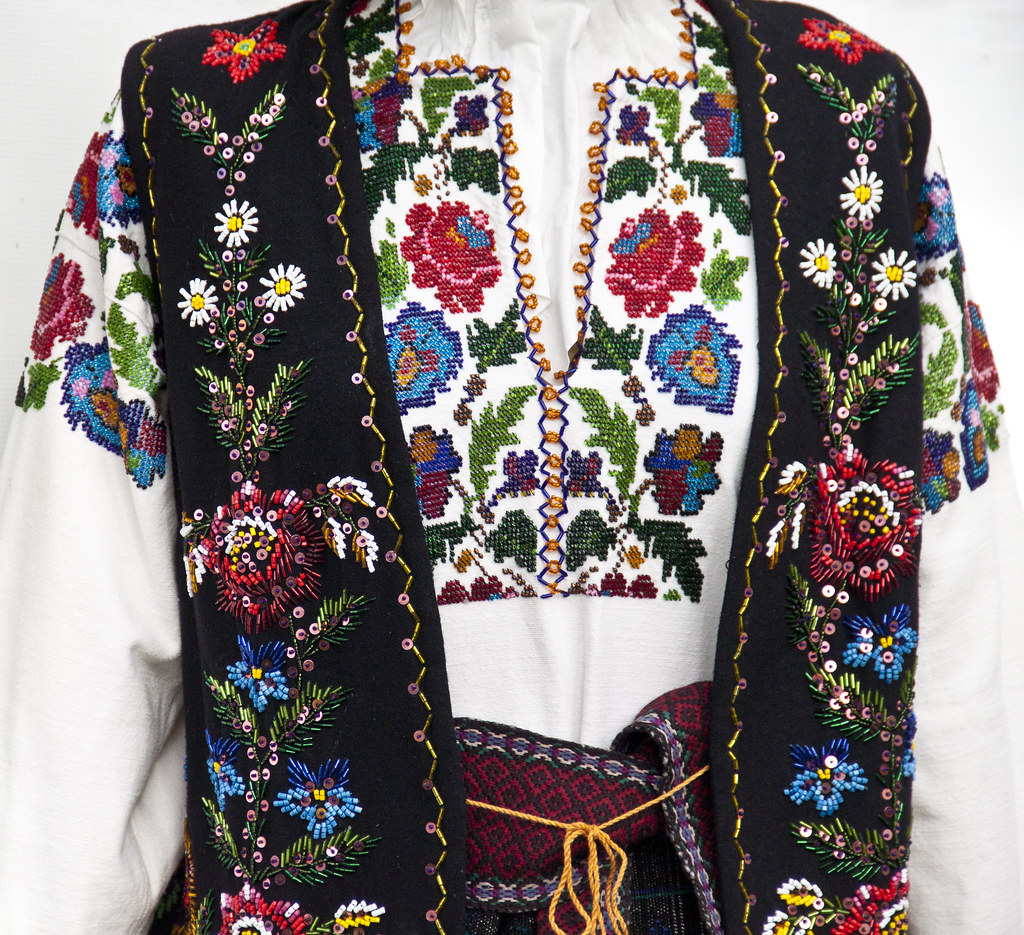 Different areas of Ukraine have different clothing traditions. But all feature rich embroidery, woven designs, or beading. It is a very old tradition, going back to pre-historic times. Some ancient symbols, still used, depict old Slavic religion, myth and magic. There are also many Christian symbols which have been incorporated. The original purpose of adding the symbols was for protection. Later on, they became decorative as well or instead.

There are a lot of outside influences on the designs. Bordering countries have inspired artisans. Byzantine art also made them more complex. When decoration began to be used for church garments makers used expensive, imported fabrics. They also changed the designs as pagan imagery wasn’t right. So now there are three design traditions: church, artistic, and simpler folk embroidery.

Not many colours are used on clothes. Sometimes it’s just one or two, such as white-on-white, or black on white. Other colours also seen are red, blue, green and yellow. But generally colours are quite strong primary and secondary colours.

Ukraine is over twice the size of the UK, with three-quarters the population we have. So as you can imagine, as well as the above there are distinct regional variations, both because of local taste as well as climate.

One garment that they all have in common, however, is the vyshyvanka. This is a long, white, homemade shirt. It’s traditionally made of rough homespun and home-woven cloth. Its coarse evenly woven texture is ideal for cross stitch embroidery on the neck, cuffs and also hem. It’s worn by men, women, and children. Females wear it collarless, and males with a small stand collar.

As in many other places, embroidery used to be a ritual. So the act of embroidery, not just the product, had a great significance. This means you should only embroider on certain days. Also you should have a clear, light, happy mindset. Therefore this will be embroidered into the work along with the thread.

There are many traditional embroidery patterns in Ukraine. They are used not just for clothing but also items like towels and tablecloths. But what is fascinating is that even abstract-looking designs mean something. They often show a plant or flower. They can also be a cipher for mother or goddesses. But it is important to not just put random designs together that just look good. This would be disastrous. Something like people having a tattoo of a Chinese symbol that they think means “strength” but in fact reads “chicken noodle soup”. Ukrainian designs are for good luck, fertility, or prosperity. If you pick the wrong ones, it all could go bad for you. Or at least, look very weird to a Ukrainian.

There are three groups of designs. Floral and plant, which are the most common. Zoomorphic, which includes animals, birds, fish, humans, other creatures. And geometric. Usually, Western Ukraine have geometric patterns. Southern and Eastern Ukraine have floral and plant styles. Some patterns are more youthful or feminine, or are associated with certain occasions.

These stand for purity and prosperity, like the lifecycle of trees and their infinite renewal. A wedding dress embroidered with florals looks very pretty, but it also has this meaning. It is female and youthful. The leaves and flowers chosen are very important. You will usually see oak leaves, (power) guelder rose (beauty), and grapes (joy). Together they give beauty, joy and strength. Laurels are for glory.

Some patterns are pagan in origin. For example a rhombus is a symbol of fertility. It shows how the family can expand. Stars are for the universe, therefore a hope that the wearer can copy its order and harmony. A cross is a defence against evil. It brings success. The triangle is an early Judaeo-Christian symbol. It represents the Holy Trinity.

It is unusual to find animals or birds on traditional Ukrainian clothing, but you will sometimes spot them. They are more common on towels or accessories like purses. Swallows mean good news, and butterflies stand for angels. Doves or roosters, facing each other, and holding a rose in their beaks are for wedding towels.

Traditional Ukrainian clothing. A pattern for a Mokosh cross stitch. Image via Pixabay.

I love Mokosh (also spelled Mokoš or Makoš). She is a pagan Slavic goddess. Therefore she is found not just in Ukraine, but all across the region. She is an Earth Mother Goddesss, who is the equivalent of the Greek Goddess Gaia. Mokosh is depicted on embroideries in many forms. And it is really interesting to see how she shifts from a recognisably human shape to a purely geometric emblem.

Her head is the sun. She was originally shown naked. She stands with legs spread, giving birth to the world tree. In her upraised hands she holds two cockerels facing each other. This later turns into her legs becoming the edge of a long triangular skirt.  It has a flower on it. She holds doves, which are prettier, instead of cockerels. But then this image becomes more and more simplified. The women who put this on their tea towels or blouses weren’t necessarily choosing to honour or invoke an ancient goddess. Now, it’s just a standard design found on a lot of old household linens.

Nowadays you will find more machine-embroidered than hand-made vyshyvanka. But all are beautiful.