Period drama – Behind the scenes

Costume drama fans! Have you ever wanted to know what it’s like to actually appear in a period drama? Do you wonder how a Twenty-First century woman feels playing a Nineteenth century one? Are the corsets dreadfully tight, do you get into character and start curtsying at every gentleman that walks by, or tipping your hat to the ladies?

I’m here to help. Sadly, I’m not a secret star, this is not the nom-de-plume of Helena Bonham Carter. No, I’m actually Maggie Smith. Jk. As it happens, I’m a Supporting Artist, or SA. That’s an extra, in common parlance.

Lately I’ve been in some big British films for major studios. I’m not allowed to name names or give details, but that doesn’t mean that I can’t tell you just what it’s like. 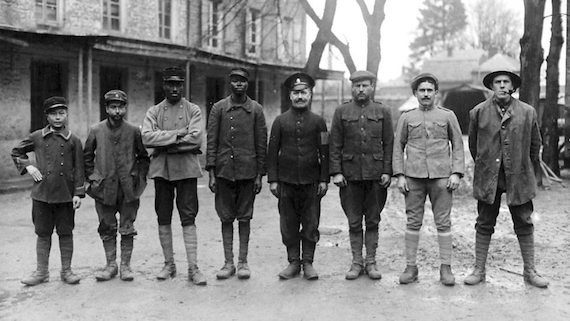 Period drama – an air of camaraderie

Mainly, it’s fun and it’s chilly, and generally your feet hurt. There’s an air of camaraderie amongst the SAs which means they will share the chocolate stashed in their period appropriate handbags, as well as gossip about the director and complaints about the cold. The last film I worked on was set in 1918, during World War 1, and filming outdoors in freezing winter weather there was definitely a kind of war-time spirit going on. Especially as the crew had requisitioned the empty lower level meeting rooms of an expensive turn of the century hotel to act as a base.

Once we’d climbed into costumes and been though hair and make up and were waiting, the strange combination of soldiers of all ranks slumped in corners and ladies with their feathered hats sitting on the only available chairs, while men in bowlers and waistcoats sat neatly on the floor really looked as if these people from all walks of life who normally wouldn’t mix had all rushed into the nearest available bomb shelter – in this case a hotel basement.

Yes, I know they didn’t use bomb shelters in WW1, and the lady in a feather hat gobbling a fry up from a takeaway box with plastic cutlery (a handsome breakfast was always provided) kind of spoilt the picture, but I expected one of the soldiers to take out a greasy pack of cards and later we’d all start singing popular tunes of the day.

Period drama – a fitting at the film studio 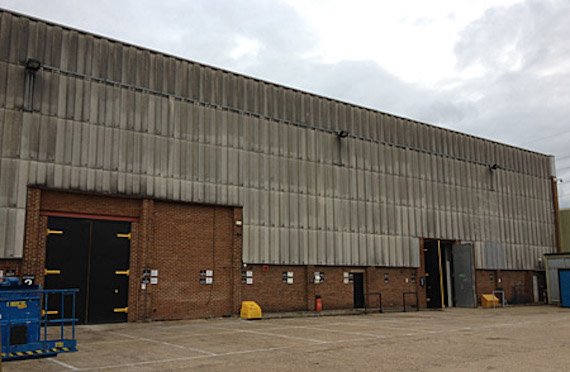 This is a film studio

We had already had a fitting at the studio itself. Britain has about 25 major film studios, and they all seem to be in awkward places. This one was no exception and was an anonymous looking group of aircraft hangar style buildings with heavy security. Inside it’s bustling but sadly, still anonymous – often your outfit is already picked out for you according to your measurements so there’s no wonderland of a dressing up box, and mostly the outfits are made en masse or hired from a costumiers, so you don’t get something made to fit.

Once costumed, I am sent to hair and make up to be frowned at for my cropped hair. A phone call is made: “No more short haired women please!” before a wig is found to more or less fit the period – in fact, I was rather fashion forward with a sleek bob in 1918 but owing to the grumpful glares of the hair department, decided to say nothing about it.

On the way I took a peek into the costume design department, but again, it was a rather orderly section with silent designers plugged into headphones and gazing at their computers, or equally silently contemplating large bolts of fabrics. With a steady stream of people to fit and no chance of going AWOL, striking up a conversation about the costume design process was not the order of the day, unfortunately.

Sometime you’re fitted with everything, from the undies up, but this time there were no corsets involved. Instead, I tried to imagine mine, and I don’t know if it worked but I’m sure the change from  my usual ungainly slouch to a straight back and confidently sailing walk contributed to the extraordinary backache I felt by the end of the day. Mind you, it could have been the thirteen hours of standing in dainty kitten heels. By the end of the day’s shooting every low wall in the vicinity or authentic 1918 vehicle parked as a prop was colonised with perching extras, who had to be shooed off periodically like a flock of pigeons.

But still, even without the corset we were wearing so many layers we may as well have been. I couldn’t bend over because of my thermal underwear beneath my dress, and it’s the strangest feeling to have a costume assistant to help you to put things on and do up the millions of tiny buttons up the front of your dress and then kneel at your feet to put on your shoes and buckle them.

I was wearing an original dress from the period, but many people had copies in disappointing acrylic or even worse, just an authentic looking shirt front, bib style, over their modern thermal long sleeve t shirt. I did wonder if a nice flannel petticoat or two might have been warmer and easier to move in than the layers of leggings and tights.

I admired the stunt people who performed their manoeuvres in these costumes too. They were required to do some fairly straightforward scaling of monumental statuary, but from the way they hitched their skirts and tried to get a purchase in their button boots you could see it wasn’t easy. I take my hat off to those original Edwardian Lady mountain climbers and adventuresses.

The public break into the Period Drama

When a member of the public slipped the barrier to take a photo of me, admiring my coat and cooing over how she wanted one herself she said “And how is it to wear?” I rather shortly said I had no idea, I was so stiff I could barely tell what I was wearing any more. But to be fair, I had finally got myself the first cup of tea of the day, and was trying to find my spot to perch like a pigeon when she lost it for me with her photo opportunity. Besides, I couldn’t help secretly seething a bit as we were not allowed to take photos ourselves, nor, in fact, to keep our phones during shooting. I would have liked a picture of me in costume for myself.

It wasn’t the first time a member of public had got onto the set. During another day of filming, an older lady dressed in a kind of modern, Marks and Spencer version of Edwardiana – long skirt, neat  tailored jacket, hair up in a chignon and crazy hat – sailed up the stairs ahead of me. Having completed her ascent, she turned around and asked who and where the director was. I have no doubt she was going to ask for her credit, her pay, or her new career in the film industry.

The realism of the period drama

I think it’s hard not to get swept up the feel of the times, a testament to how good the costumes are, despite the cameras, directors in padded jackets and modern audience. Although a dyed in the wool feminist, I found myself being rather deferential to a actor dressed up as a Major who was telling me an awfully boring story and repeating the same dull joke, as well as rather enjoying having a man tip his hat to me each of the approximately 43 times I swept up a staircase and he crossed my path. He tipped his hat, I nodded graciously. Perhaps it was just the general idea of strangers being pleasant to each other in the street that I liked.

I was a Lady

From the glimpse I got in a mirror I found it hard to work out just who I was. I decided from my fox fur and hat that I was a Lady, however, my coat was decidedly bedraggled. And I’d forgotten my gloves – what Lady goes out without her gloves on? You might think it unimportant but the thing is, although we’re just in the back ground we’re required to act, and quite earnestly too.

This lady next to me, was she my mother? She was quite grand. I decided she was, and found myself giving a speech to her about how of course my brother Frederick would come home, after all “Missing in Action” meant nothing at all, he was probably just on one of his adventures. And it was Armistice Day, so we must be cheerful! The Grand Lady started crying real tears, and told me I was very moving. Which was fun… The first twelve times. After that, it was all a bit draining, so we shared a Snickers bar and decided that for the remaining takes we’d be cheerful because we’d suddenly discovered that Frederick had been found safe and well and would be coming home directly. So we cheered and waved our little flags and said things like “Isn’t it great!” instead. Not that we will be heard in the final film, but we were assured that close ups of the crowd were being taken, so perhaps me and the Grand Lady will be pictured, silently weeping, in a cinema near you soon.

My dainty kitten heels looked a bit like this.

An Edwardian snapshot. My costume was a little like this.

Here are the corsets I didn’t get to wear.Lady Duff- Gordon Corsets

Original rock climbers in about 1912

I was as sad as this lady in an original photograph from the period.